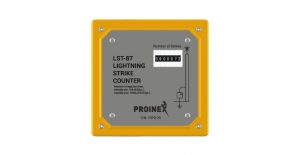 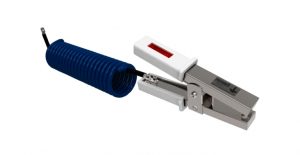 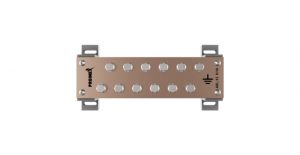 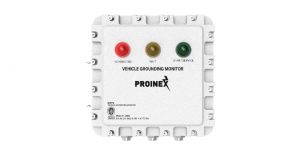 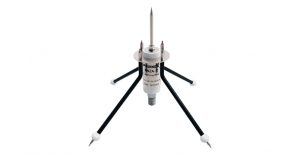 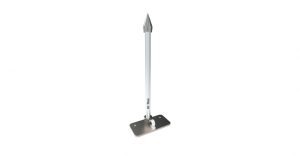 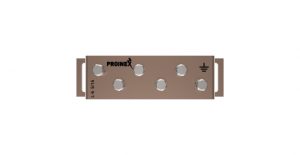 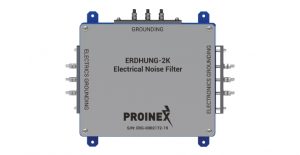 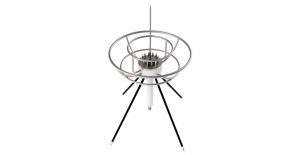 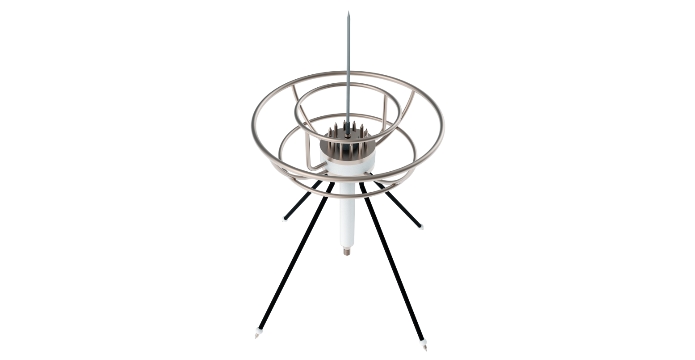 The EOS-34 ESE Lightning Rod (EARLY STREAMER EMMISION) is a unique and effective system for protection against lightning in all types of environments or atmospheres such as oil or gas.

Lightning is one of nature's most destructive phenomena. During thunderstorms, a large number of atmospheric electrical discharges occur, which can reach hundreds of kiloamperes.

In a world of increasingly complex buildings and equipment, lightning is a constant risk. A lightning strike can damage buildings and cause electronic equipment to fail. It can also cause fires and very serious economic losses. 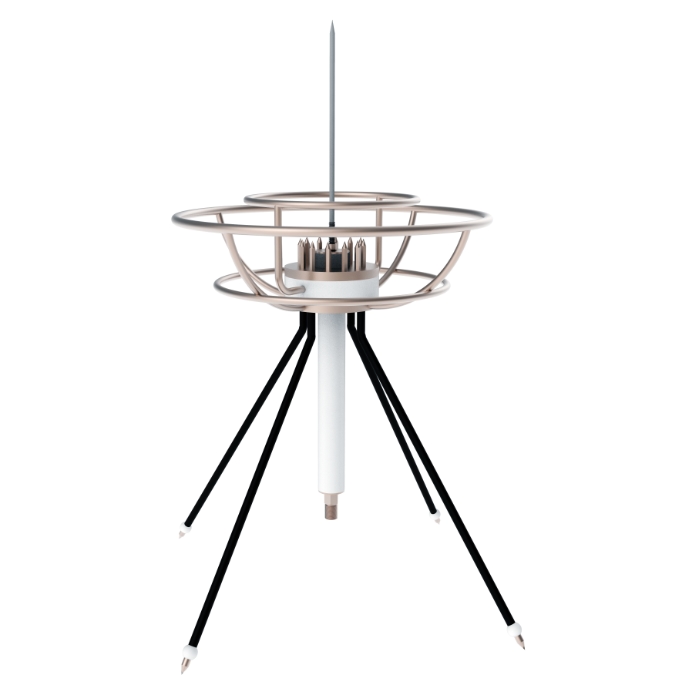 The EOS-34 ESE Lightning Rod is a powerful air ionizer in its vicinity.

This system is equipped with an ion emitter and a polarized particle accelerator. Both are energized by the electrostatic field of the storm cloud and then, with greater intensity, by the approaching lightning.

The aim of lightning rod manufacturers has always been to extend the protection zone of a Franklin tip.

Since the first lightning rod called "the radioactive one," patented by Gustavo Carpat in 1931, an attempt was made to achieve this objective by ionizing the air around the Franklin point.

All attempts to achieve the acceleration of lightning rod firing (amorçage in French) were based on obtaining energy from an external source to accelerate the corona effect using radioactive isotopes, piezoelectric devices, etc.

To calculate the protected area of the EOS-34 ESE Lightning Rod, a two-step procedure must be followed:

The first step is to determine the different elevations based on cuts in the area to be protected.

The second step is to adopt a tentative height for the lightning rod.

The third step is to calculate the different values of Delta H between the lightning rod and the area to be protected. 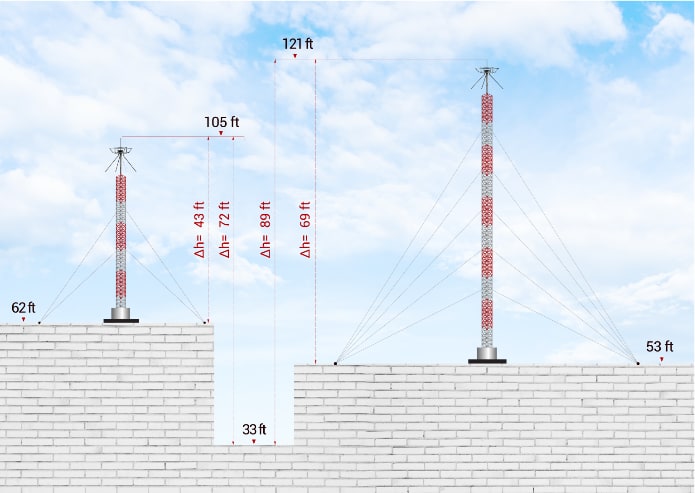 Delta H: is the height from the tip of the EOS-34 ESE Lightning Rod to the upper horizontal surface of the plane to be protected, (see protection radius in the attached graph).

Based on the differences in elevation and the table below, the fourth step would be to determine the protected areas on a floor plan.

Table of Radius of Coverage According to Level of Protection

How can security be increased?

Risk is a probability. When two areas overlap in the case of the same level of risk, as in the figure below, the risk of both being pierced by lightning is obtained as a product of both probabilities. 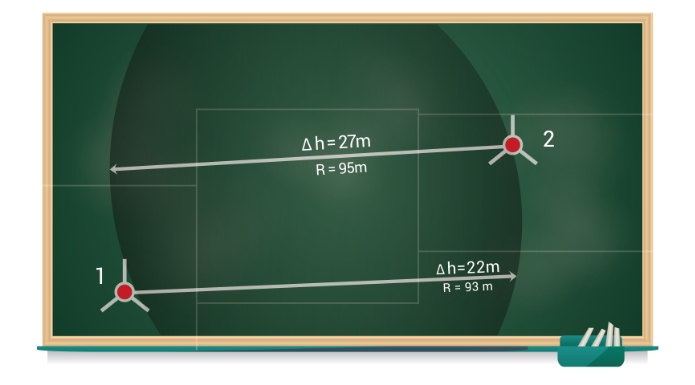 Pr: protection radius according to the height delta "Δh" and the NPCR.

Our patent is based on taking energy from the electrostatic field generated by the storm cloud and the step tracer.

The electrostatic field is generated downwards from the cloud.
As it advances towards the earth it generates an increase in the gradient of the environment in which our EOS-34 ESE Lightning Rod is located.

As the ionization (priming) of the EOS-34 depends on the electric field formed at the time of the storm, this system has no limits to act, unlike other sensors that have priming electronics and need to reach a certain value for their performance.

The EOS-34®️ is a lightning rod that does not need maintenance because it does NOT have any electronic components (semiconductors, transistors, diodes, etc.) and this makes the lightning rod the most reliable on the market.

Franklin's tip is the classic captor invented by Benjamin Franklin which, with the lowering and dispersing of the earth, constitutes the external protection subsystem of a modern system.

In the EOS-34 ESE Lightning Rod, a single point was chosen because theory and laboratory experience have proven that the anti-technology of spikes (invented by whom we do not know) only makes the lightning rod less efficient.

They do this by means of four probes directed downwards and outwards, in order to create a significant potential with respect to the Franklin's tip which is at ground potential.

Each probe is equipped with an insulator that separates it from the Franklin tip to limit the corona effect and to polarize a metal plate with several tips arranged around the same plate.

In this way, the tips of the metal plate are polarized at different potential with respect to the Franklin tip: the equipotential curve at the distance between both and the field generated by the advancing tracer.

In addition, the tips of the metal plate are polarized at different potential with respect to the tip of the probe: if we work under the electrogeometric model, it differs from the previous one by a positive amount due to the difference in height of the field, say 15kv since it is 5 feet high and, say 100kv since the separation of the downstream is about 1 foot, if we assume that the lightning rod is at a height of 98 feet.

The result is that the tips have, at the time we are considering it, about 80-85 kv electropositive with respect to the air around them.

This voltage causes currents to be released from some microamperes (as Scholand elegantly proved in his cut tree experiment) delivering the supply of ions that, in other devices, is sought with external sources of energy limited by the potential of the source.

In the case of the EOS-34 ESE Lightning Rod, the potential difference increases as the step tracer advances and the ion supply increases proportionally or exponentially, i.e. it depends solely on the electric field, which has no limits.

The accelerator consists of a concentric ring with a Franklin tip.

The way in which the accelerator is connected to the tip allows a toroidal field to be formed of the same polarity and potential as the ground, whose lines of force are directed upwards with the aim of taking the ions delivered by the emitters and accelerating them in a way that is proportional to the jump in potential generated between them and the ground.

The accelerator has a dual purpose:

On the one hand it is intended to accelerate the ions delivered by the emitter so that they acquire such a speed that they are deflected by the wind that circulates around the Franklin point in times of storm.

If this were to happen, as the ions used to reduce the dielectric strength of the air are swept away, we would have a simple Franklin tip, without the increase in firing speed needed to extend its protection zone.

The second aim is to achieve such an acceleration of the speed of the ions that the limit of the Townsend zone is exceeded, multiplying exponentially the amount of ions surrounding the Franklin tip.

The existence of a cloud that is between six and ten thousand feet high above the ground generates by induction in the ground an image charge of opposite polarity to that of its base.

Between both charges there is a potential difference that varies between 100 and 1000 megavolts which produces an electrostatic field in which the lightning rod is immersed.

In the electrogeometric model (to which most rays respond) the base of the cloud has negative polarity and the ground positive.

This generates a field called "bad weather field" (which reaches a gradient of 30kv/m) which is the one that puts the device we have just described into operation.

When the downward step tracer is produced from the cloud, since its heart (or core) is a perfect conductor and at its tip it carries the cloud's potential, as it approaches the ground it increases the gradient around the EOS-34 ESE Lightning Rod. 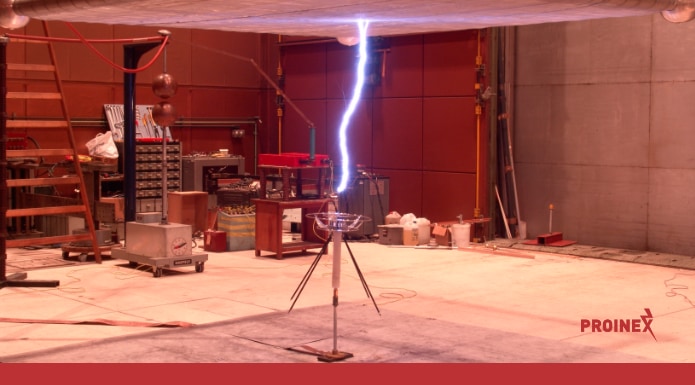 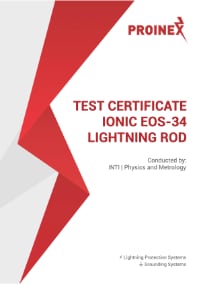 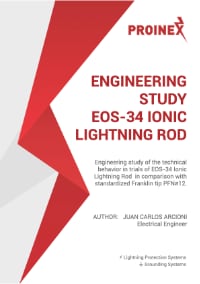 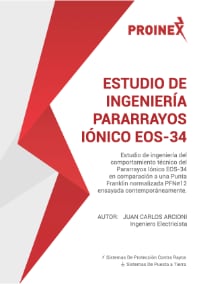 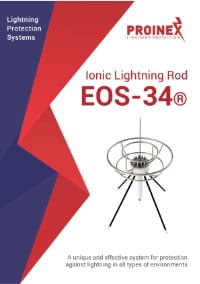 
Are you a lightning protection installer?

Manufacturing, distribution, supply and delivery for installers and associated professionals.

The EOS-34® ESE Lightning Rod has no electronic components to achieve priming, making it maintenance free.

You are fully protected by our 100% Satisfaction-Guarantee.

The EOS-34 ESE Lightning Rod has a 10-year warranty.

What Our Clients Say

Our experience with the company PROINEX has always been excellent. Diego Subilibia always attended to our requirements in an outstanding way. I recommend PROINEX for its great technical capacity, professionalism, and the human quality of its staff.

In the 15 years that I have been working in Safety and Hygiene, PROINEX has been the only company from which I have received professional advice with solid technical foundations regarding installations against atmospheric discharges.

This website uses cookies to improve your experience while you navigate through the website. Out of these cookies, the cookies that are categorized as necessary are stored on your browser as they are essential for the working of basic functionalities of the website. We also use third-party cookies that help us analyze and understand how you use this website. These cookies will be stored in your browser only with your consent. You also have the option to opt-out of these cookies. But opting out of some of these cookies may have an effect on your browsing experience.
Necessary Siempre activado
Necessary cookies are absolutely essential for the website to function properly. This category only includes cookies that ensures basic functionalities and security features of the website. These cookies do not store any personal information.
Non-necessary
Any cookies that may not be particularly necessary for the website to function and is used specifically to collect user personal data via analytics, ads, other embedded contents are termed as non-necessary cookies. It is mandatory to procure user consent prior to running these cookies on your website.
GUARDAR Y ACEPTAR